Reason to catch the Montreal Impact game at Saputo Stadium this summer!

With the Montreal sports market being predominantly dominated by the Montreal Canadiens, the Montreal Impact are generally considered to be a secondary or tertiary option (Alouettes) for Montreal sports. While the Canadiens sellout win or lose, it is a different story with the Impact. Coming from a smaller market the team is heavily dependant on performance for ticket sales. The Impact has had a couple of difficult past seasons and with Impact superstar, Nacho Piatti leaving Montreal for his childhood club, and a vacant position for a coach, there wasn’t much room for optimism for the upcoming 2020 season so management had to make some key decisions.

The Impact decided to bring in probably one of the best strikers of this generation as head coach with Thierry Henry (and if you don’t know him, check out his highlights on youtube, you will not be disappointed, we promise.). In addition to having such a prolific coach like Thierry Henry, his stardom alone creates a gravitational pull which makes other good players naturally gravitate towards him to play for the team he is building. This “Henry Effect” managed to sign two new players who offer quite a bit of promise in Luis Binks and Victor Wanyama from the Tottenham Hotspurs (a very popular and famous English Premier League team). As opposed to the last couple of seasons, the Impact was a more defensive team but Henry style demands more offense to be played and who doesn’t enjoy seeing more goals? Given these reasons, this season promises to be an exciting new chapter for the Montreal Impact. What seating experience is best for you?

What’s great about the Saputo Stadium is that there are 3 different ways in which you can enjoy the game, no matter the age or preference.

This section of Saputo Stadium is typically reserved for kids and families to enjoy the games at their own leisure. They can be found in sections 116-118. It offers a great corner view of the stadium which offers an excellent spot to see all the action. What’s great about these tickets is that if you present the tickets to the concierge desk they will help you if you forgot things for your kids such as sunscreen, blankets, ponchos, hand sanitizers, etc. These tickets are affordable as well so It is a great way to spend an afternoon or evening as a family while enjoying a relatively peaceful and amicable atmosphere.

Albeit these are the normal seats to be bought other than a specific section 132 which will get discussed in a bit. The tickets available here range in price depending on seating sections. Naturally, the more centerfield tickets will run you a steeper price ranging around 70-95$ (according to Stubhub price) while you can easily get good seats in other sections for 30-40$ a person. These tickets are great to get if you have nothing to do for an afternoon or evening and want to hang out with friends or a significant other. You can also organize corporate outings in which the organization will work alongside you to make sure everyone is sitting in a row. Best of all, It gives you an excuse to get out of the house to enjoy that sweet Montreal summer and to shut off your brain for a little bit while being entertained by some great pro soccer.

The Ultras are the hardcore die-hard Montreal Impact fans. The group was founded in 2002 and still live by their motto of “always faithful” as they follow the Impact all over North America when they play away from Saputo Stadium. The group’s primary goal is supporting the club by chanting, jumping, standing for the whole 90 minutes of the game. The section is clearly noticeable because of the sea of the blue-white and black Impact and the general ambiance and party atmosphere they create. The use of drums and other instruments alongside visual animations such as enormous flags, banners, and cheers is quite the spectacle to see especially if you have never seen it in person before. The Ultras try to replicate the European-type soccer fans which are considerably larger in Europe. If you manage to get a seat in this section, be prepared to stand for 90 minutes and expect to join in on the chanting and jumping (Even if you don’t know the chants, you will pick them up fairly quickly as they are simple.). If your goal is to have a good time with some of the Impact’s most passionate fans this is the section for you.

What’s really great about the ultras is that they try to include the rest of the stadium with the chants so even if you are not sitting in section 132 there will always be people chanting along so why not join in on the fun?

Currently, the Montreal Impact are off to a promising start so far this season and we can only hope for great performances this season because Montreal deserves a good soccer team. Allez Impact Allez! Sunset in Montreal | Most Beautiful Sunset Pictures in MTL Pictures of the National Park of Yamaska | Park Close to Montreal 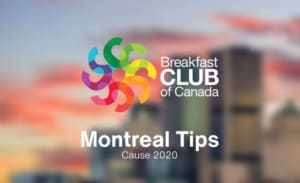 Disclaimer: Montreal Tips is here to support, share and feature ideas, causes, business and people. We are not liable for your actions based on what you read in these blogs.

Because these cookies are strictly necessary to deliver the website, refuseing them will have impact how our site functions. You always can block or delete cookies by changing your browser settings and force blocking all cookies on this website. But this will always prompt you to accept/refuse cookies when revisiting our site.